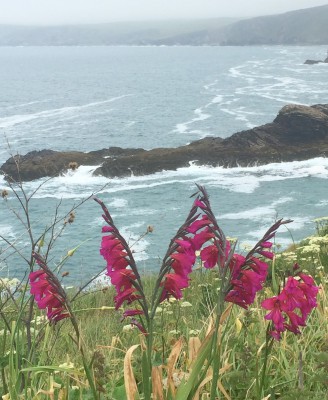 This is my first official blog entry, despite lots of notes and intended submissions over the last two or three years. So, I am jumping off into the World of Blog, despite my inept IT skills before more times passes. A major set back a few weeks ago was the fracturing of my fibula in an attempt to rescue some ducklings and their mother for the local wildlife rescue. Hopefully they were able to resolve their problems getting to the River Teme without the tumbling efforts of my good self and after a visit to A & E I was resolved that my ramblings were over for a few weeks.

Except that I had a workshop to facilitate with Face in the Trees at the Museum of Witchcraft and Magic in Boscastle under two weeks after the falls! Myself and Dan were chaperoned down to the South West of England by husband Chris to celebrate the ‘Folklore of the Horse’ in this famous museum beside the gentle River Valency as it runs down to the harbour. At first I was frustrated because I was having a problem climbing the steeps steps to the pub never mind the coastal path but the following evening I sat on a bench a little way up the cliff and looked out over the Celtic Sea as I read Steve Patterson’s ‘The Folklore, Ghosts and Magic of Boscastle’ that I had picked up in the museum book shop earlier. From where I sat I could see so much history and folklore: opposite me was Penally Point or ‘Vic’s Head’, so called due to a resemblance to Queen Victoria. Beyond is Willapark where sits an Iron Age settlement and where Chris had spotted a couple of peregrines earlier. 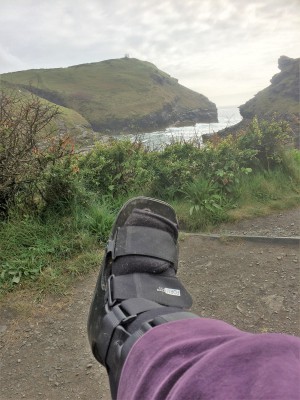 I spent a lovely hour or so sitting, reading and truly absorbing a landscape through which I would usually walk and I felt a greater appreciation for the beauty and traditions of the place as a result. Boscastle’s rich traditions of sea witches, floods, saints and tradition unfolded around me. As I gazed up to Penally Point I could see Dan and Chris against the skyline, standing just where the sea witches supposedly roused their magicks and stirred the winds. Below I could just see the Welington Hotel, one of the oldest and most haunted inns in England complete with phantom coachman and a ‘haunt’ of the actor Henry Irving who, it is said, came to Boscastle to consult a local witch…. 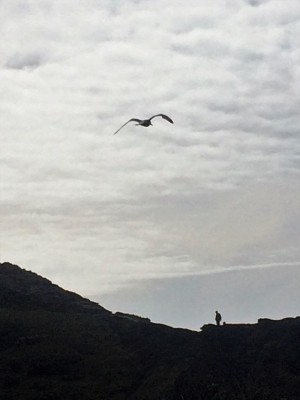 So welcome to my blog as I sit, walk and travel throughout the wonderful isles of Britain seeking out folklore and legends. I would truly welcome your thoughts, opinions, additions to any of the blogs and I am sure I will meet many of you on the way….I’ve jumped!!! 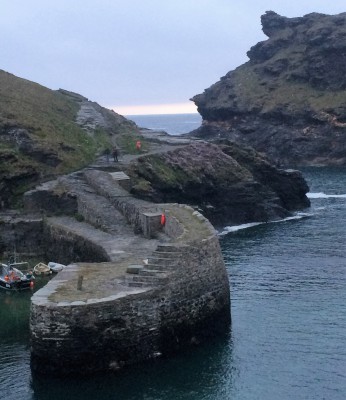 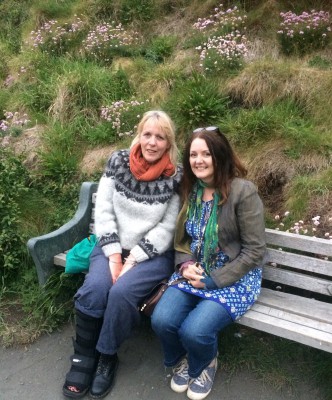